See and share stories about what Gettysburg College students are achieving 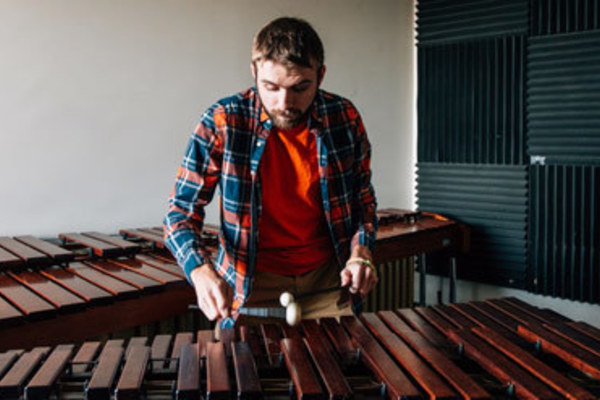 Achievement (Other) - 2018 Feb 2
Jacob Marogi '19 discovers more than just bacteria in first year research
Dr. Nikki Shariat brought her Clustered Regularly Interspaced Short Palindromic Repeats research to Gettysburg College three years ago, and Jacob Marogi '19 has been by her side since the start.
JM 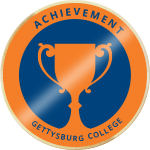 Local students selected as Gettysburg College Civil War Institute Undergraduate Fellows
At Gettysburg College, students interested in developing their knowledge of the Civil War alongside their leadership skills can participate in the Civil War Institute (CWI) Undergraduate Fellows program. This program allows students to expand their academic experiences while developing professional skills. Fellows have the opportunity to meet some of the top scholars in the field while assisting with research initiatives and event planning. Some fellows work in the CWI office, while others research and write historical narratives for the Gettysburg Compiler, a website designed to be a virtual bridge between student research and the public. Fellows also help coordinate lectures and events sponsored by the CWI. The following local students were selected as CWI fellows for 2012 - 2013:
HC
KS
AW
HF

Local students serve as Gettysburg College GRAB facilitators
The Gettysburg Recreational Adventure Board (GRAB) is the student programming entity of the Office of Experiential Education at Gettysburg College. Students have the unique experience to initiate, design, and facilitate programs to domestic and international locations for the campus community, alumni, and parents. From the classroom to the field, the experience prepares the GRAB staff to manage the well being of their participants in unpredictable and dynamic environments such as sea kayaking in Alaska, trekking in Italy, and backpacking in Montana & Yosemite.
JG
JP
LL
ML

Local students participate in heroic rescue during spring break trip
Members of Gettysburg College's Gettysburg Recreational Adventure Board (GRAB) recently used their wilderness training and expertise to help rescue a woman who fell 80 feet off a cliff at the Red River Gorge in Kentucky. "Due to our students' training, medical backgrounds, and familiarity with climbing and rescue equipment, we were well-positioned to be of assistance," said John Regentin, director ofexperiential education at Gettysburg College. "This was an opportunity that presented itself, and the students used their training, jumped to action, and were able to help local authorities rescue someone in need." The GRAB students, who are trained as wilderness first responders, spent their spring break at the Gorge, participating in an intensive climbing program and learning about highline rescues from one of the leading authorities in the industry. Just days before they were slated to leave the area, one of the search and rescue volunteers who had worked with them earlier in the week contacted the GRAB group to ask for their help - a woman had fallen off a cliff near an area called Indian Staircase, and the students' unique expertise could help save her. Immediately responding, the students got their gear ready, and hiked to the cliff with members of the local search and rescue team and paramedics. After setting up the necessary rigging, the students were able to safely rescue the injured woman from the bottom of the cliff where she had been for 15 hours, and transport her two miles through the woods so she could get additional medical treatment. Local law enforcement lauded the students' efforts, noting that it was one of the smoothest rescue operations they ever saw. Earlier in the week, the GRAB group took a day away from their climbing program to assist a family that was affected by a March 2 tornado that caused damage throughout parts of Kentucky. Due to their training, the students were able to help dismantle a storm damaged house and barn for a family who had lost a member in the tornado. The following students participated:
FM
JP
LH
ML