See and share stories about what Gettysburg College students are achieving

News and announcements from Gettysburg College 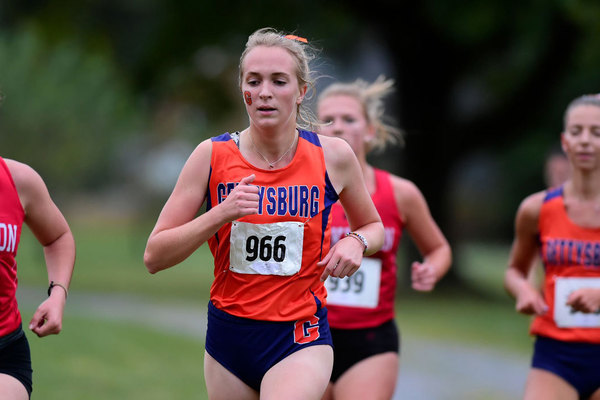 Amy Cantrell '22: Journey to Gettysburg
Amy Cantrell '22 arrived at Gettysburg College on move-in day in the fall of 2019 without ever visiting. The cross country and track and field junior transfer grew up on the west coast but wanted to branch out and try something completely new. Cantrell graduated in 2017 from Wood River High School in Hailey, Idaho, and then went on to attend Montana State University. Cantrell made an immediate impact for the Orange and Blue in 2019 as she competed in all nine races, finishing as the No. 2 runner in six. She guided the Bullets as the top runner at the Centennial Conference Championship, which was hosted by Gettysburg, placing 34th with a personal-record (PR) mark of 24:05.7 in the 6,000-meter course. Cantrell concluded the season by finishing as the team's No. 2 runner at the NCAA Division III Mideast Regional, taking 147th with a 24:31.5 time out of over 345 runners.